It was a rare opportunity for me to think over the woman who are at present staying in Infant India. The couple Mr./Mrs. Bargaje gave in brief some strange information regarding how they happened to join Infant India's 'Maher' project that was started in 2010.

One woman had come with her two sons, she was positive, her son was positive as she was a widow there was no place or work, therefore she requested us to allow her to stay at infant and assured she would do the work in return. This was the beginning of the Maher project in 2010, though she had joined Infant India before a couple of years. Unfortunately, she died before 5 years but had inspired Mr./Mrs. Bargaje to provide work and shelter for such helpless women. She is no more now but she had already sown the seeds of 'Maher Project'. We always remember her. Now the number of of women in Maher project has almost reached a dozen.

There was a strange psychic case of a woman named Meera (name changed) who was admitted by her brother and father. She was married but the husband never came to Infant India. She used to tear her clothes, bleed herself with her nails, would carry all shoes and keep them on her body and fight with others who tried to control her during her psychic feats. She stayed for four years and left Infant. She is now with her 4 husband, had become normal but she was a great headache and th nuisance. At times she sends messages, assures to return but never came back. Her marriage also creates a fear in our minds. She turned mad after the death of her son. There is no place in society for such mentally disturbed cases but our project being for AIDS women, we cannot refuse (37) her. The police cannot admit her in lunatic asylum for she may attack or kill anyone. She is unforgettable for wrong reasons.

There is a woman, Kamalabai (Name Changed) whose daughter is positive and is with us. The mother is positive and the village where she was living earlier, she was troubled and tortured, even her bathing water was stopped from reaching the trees.At last she left the village and went to live in a far – off place. She wants to stay with her son till his marriage and then she would join Maher. Her son is negative and good, but others trouble them. She has to leave her native place, only as the consequence of social injustice and prejudices.

We always try to use 'Maher' to provide them festival joys, relief and happy living. We try to lessen their sorrows and try our best to help them in their tragic lives. 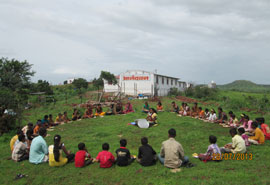 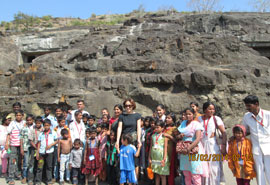 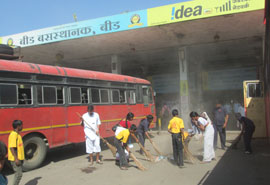 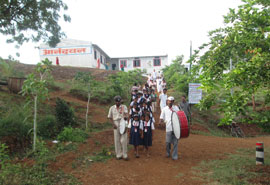 Want to work with us.

© All Rights Reserved To INFANT INDIA. | Powered by Ratnanjali TechX